We were always going to do the initial testing down at Calshot anyway as the ramp there is much bigger but now we have a parking space confirmed there, I decide to let LTSC know that we won’t be needing the space now – Pork Chop (the Spitfire) has been collected and is now having a new life in Scotland so there seems little point keeping it.

I drop an email to them saying as it all appears to be too difficult I will give the space back, and lo and behold I get a reply in about twenty minutes!

Considering the average response time has been a minimum of 2 weeks and generally a lot longer since December this is quite impressive.

I am told the space has already been re-allocated – all this within 20 minutes, while actually be of any use to me over the last 4 months has clearly been far too hard.

I’m glad I’ve done plenty of rescue dinghy duties for racing that I don’t participate in, along with helping at the summer regattas losing another valuable days sailing and helping get new members to join up by extolling the virtues of the club.

I have no idea why I expected anything less – actually thinking someone might be interested in helping me after I’ve helped them has always proven to be a forlorn hope.

Calshot Activity Centre is about 40 minutes away from home instead of 20 minutes, but we will be launching straight out into the Solent without having to navigate up and down the Lymington river. No more trying to avoid the ferry – especially painful in light winds – and no reversing out from the ramp into the river like we were having to do with Pork Chop.

Anyway, I think all round that this will work out rather well for us! 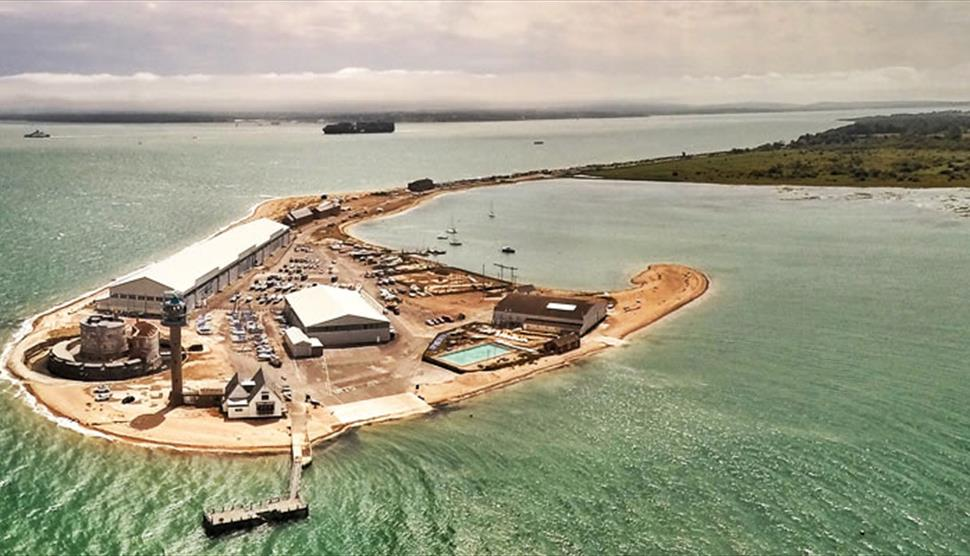 Calshot Activity Centre opened in 1964 running its first watersports courses in May of that year. it now has all sorts of sports catered for including all sorts of watersports, an indoor velodrome, the largest indoor climbing wall in the south of the country and indoor ski slope.

The Castle (as seen above on the left) was commissioned in 1539 by King Henry VIII who ordered it built at the end of Calshot Spit to defend the port of Southampton. Its strategic importance continues to now and there is still a military presence in Calshot, though the castle is no longer manned!

Calshot is also notable for it role in the development of aircraft and flying boats particularly. The Royal Flying Corps established Calshot Naval Air Station at the end of the spit and this was also at one point in time the home to Lawrence of Arabia!

The Calshot Lifeboat Station was established in 1970 – nice to know they are close by although hopefully we will never have to avail ourselves of their amazing volunteer services!

This is almost directly opposite Cowes on the Isle of Wight with the entrance to the river Hamble across the other side of the main river here. 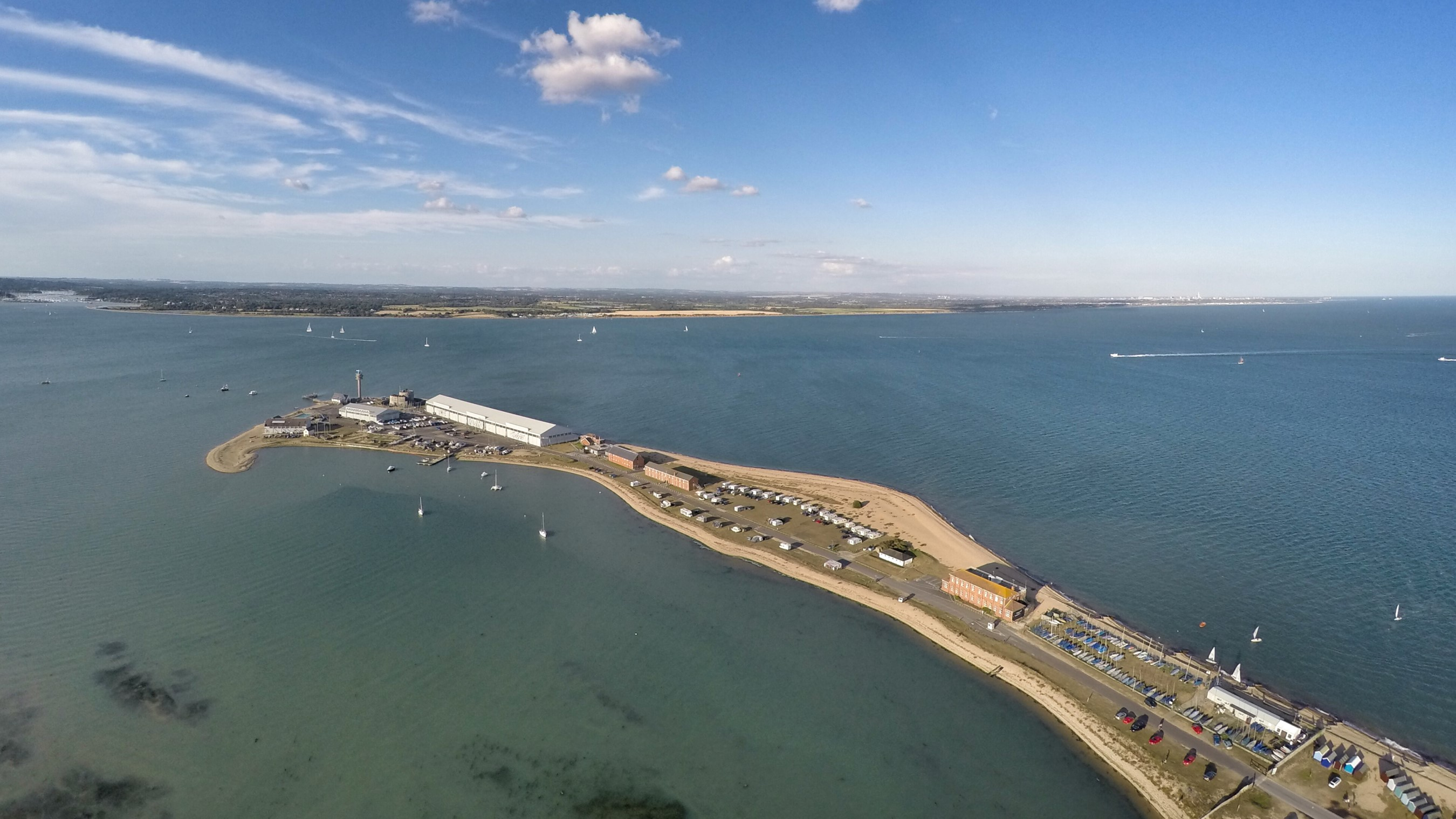 The lagoon behind the spit dries out very significantly at low water but is used by various boats for overnight mooring as it is a little bit more sheltered.

Looking forward to getting Skippy out on water soon!

We will send you details of our latest news and adventures!

or chat with us now bottom right!

We drive the trailer round to our shared rear drive entrance, drop off the newly detachable front of the trailer and drag it round to the second private entrance. We turn him around, put the tongue back on and reverse him onto the drive! Success! We can see the side...

END_OF_DOCUMENT_TOKEN_TO_BE_REPLACED

Skippy is indeed home! Albeit next door overnight! There will be European championship football in July when I rather doubt anything "will come home" unfortunately.... Anyway, Skippy is on the drive, we've moved the mast blanks round to my drive and double checking we...

END_OF_DOCUMENT_TOKEN_TO_BE_REPLACED

So, we have a 3.5hp Tohatsu 4 stroke which we will look to use for launch and retrieval. The prevailing wind is South Westerly so across the launch ramp and with no pontoon available, we will need to drop the boat in the water and then pull it off to the side of the...

END_OF_DOCUMENT_TOKEN_TO_BE_REPLACED

Super excited - Skippy was definitely here in the UK ready to be collected, so I headed over to Peters and May to start picking things up. We needed a couple of trips to make sure everything is ok, properly secured and safe to trailer so initially I did two quick...

END_OF_DOCUMENT_TOKEN_TO_BE_REPLACED

(Not) Storing the boat at Lymington Town Sailing Club

The intention from the start has been to store and sail the boat out of Lymington Town Sailing Club which we have been members of for some years. Since contacting them in December 2020 about swapping our Spitfire Catamaran out to use the space for Skippy, it has been...

END_OF_DOCUMENT_TOKEN_TO_BE_REPLACED

After more delays, it appears that Skippy will finally arrive in the Port of London on Monday 11th April and then hit the road to arrive at Peters and May Eastleigh location that afternoon. We're planning to collect him in a couple of trips on the 12th and 13th as...

END_OF_DOCUMENT_TOKEN_TO_BE_REPLACED

Bugger - just been updated that the Evelyn Maersk ship with the container with Skippy onboard is currently in the Port of Felixstowe BUT our container is either not on there or is just not being unloaded! WTF!?!?!?!? It is now leaving Felixstowe tomorrow morning to go...

END_OF_DOCUMENT_TOKEN_TO_BE_REPLACED

Ever Given container ship blocks the Suez Canal!

Jeepers that was lucky! The Suez Canal got blocked today by the Ever Given container ship operated by Evergreen Marine: This massive ship of the Imabari 20000 design is 400m in length with 59m beam and can hold 20,124 20 foot containers! Interestingly, this is not the...

END_OF_DOCUMENT_TOKEN_TO_BE_REPLACED

The Adventure 600 trimaran is now being shipped from Len Surtees in Brisbane and will then heading to Southampton! The Maersk Surabaya position can be tracked here: https://www.vesselfinder.com/?imo=9330068 and is calling next at Sydney arriving on the 8th Feb. It is...

END_OF_DOCUMENT_TOKEN_TO_BE_REPLACED

We're great fans of the small boat Raid races like the Everglades Challenge and the Texas 200, but there is not really much available in the UK for enthusiasts to challenge themselves and their equipment. We're interested in gauging interest in something similar based...

END_OF_DOCUMENT_TOKEN_TO_BE_REPLACED

The Mooring Hitch Video from the Animated Knots YouTube channel: https://www.animatedknots.com/mooring-hitch-knot Pass the rope behind and over whatever you are connecting to. With the tail form a loop so that the tail touches the standing end. Pass a bight of the...